I am a London based Director & Creator, working in Animation. Over the past 15 years+ I’ve worked in various roles such as Directing, Animating, Visual/Script/Concept Development, as well as creating original projects. This has been for a wide range of audiences ranging from preschool to family, and also narratives that require a more serious tone.

I’m equally at home with CGI or Stop Motion Animation and have been lucky enough to work on some very distinctive animated feature films including Tim Burton’s  FRANKENWEENIE and CORPSE BRIDE Wes Anderson’s FANTASTIC MR FOX and THE TALE OF DESPEREAUX.

I co-wrote and Directed the Danish 3D CGI feature ORLA, and have also Directed short films, TV series and Animated on many other projects.

In recent years my work has mostly been Directing and developing projects in various locations around the world, such as development of  the CGI feature film TROLL in Canada (released Dec 2018) and I was Co-Director, Development of the BBC/Netflix Miniseries WATERSHIP DOWN

Recently I have been developing my own projects and also directing commercials among other things.

I’m based in London and have dual Danish (EU) and Australian citizenship. 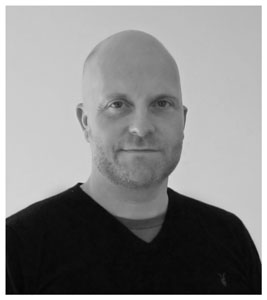